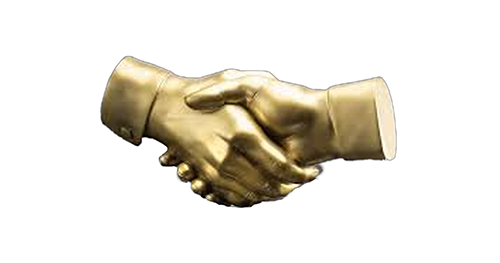 Prayer: Father God, thank you for giving us your son Jesus Christ to be our savior. As a father you could have easily said to Him, I have given them many opportunities to follow my commandments, statues, and all that I have asked of them. I have given them prophets and send angel to tell them to turn from their wicked ways. You could have told Jesus, now I have to give You My only begotten son as a sacrifice for their sins. Father God You may have had the conversation of what awaited Jesus, and that Jesus would say, “Father I will go and take them from the hands of Satan.” I thank you Jesus, I glorify you, I honor you, I lift up Your holy name. Amen

I’m reminded of the hymn, “What A Friend We Have In Jesus”.

The title says it all, What A Friend We Have In Jesus. In the Book of Luke chapter 11, Jesus is teaching his disciples and in chapter 12:21 Jesus warns his disciples about the Pharisees whom he calls hypocrites. He tells them to be wise to what and to whom you speak. That there is nothing covered that shall not be revealed, nor hid that shall not be uncovered. What they shall speak in the darkness shall be heard in the light and that which is spoken in the ear in the closet shall be proclaimed upon the housetop. Then Jesus calls them “friends”. In John chapter 11 when Jesus gets words that Lazarus is sick, He tells his disciples, “Our “friend” Lazarus sleepeth, but I go that I may awake him out of sleep”. In John 15:12 Jesus says This is my commandment, That ye love one another, as I have loved you. Greater love hath no man than this, that a man lay down his life for his friends. Ye are my friends, if ye do whatsoever I command you. Henceforth I call you not servants; for the servant knoweth not what his lord doeth: but I have called you friends; for asking things that I have heard from of my father I have made known unto you.

For many years and early in my Christian journey, I have used the phrase, “I am a servant of the Lord”. Jesus lets me know that I am his friend, you are, we are his friend when we abide in Him and He in us. Is not a friend closer than a servant? I feel in my spirit, I am a servant in the manner to spread the Gospel of Jesus Christ to mankind but to be a friend once those who receive the Gospel.

Jesus warned his disciples that the world would hate them because the world hated Jesus. If they persecuted Him, they would persecute them. They were not of the world because Jesus brought them out of the world. The Scriptures say in Although you are in the world be not of the world, in other words, Be not conformed to this world but be ye transformed by the renewing of your mind, that ye may prove what is that good and acceptable, and the perfect will of God. In other words, the world will do many things that are not righteous in His sight and they will even say they do it in the name of Jesus. They confess to Him but they don’t know Him. For if they knew Him, they would not deny them when they come to them in need; they will not treat them as though they were not human beings; they would not make laws where people suffer; they will not sit silent when those in authority is going evil, speaking evil and they are complicit with those actions. They are hypocrite, they are as the Pharisees, and the Sadducees, Jesus would say, “Depart from me you workers of iniquity, I know you not!”

After the Betrayal, Jesus stood alone, the very ones He called friends denied Him and abandoned Him. Yet he never stops loving them because Jesus knew the prophecy had to be fulfilled. And Even though Jesus prayed not for the world, Luke 23:34 Jesus says, “Father forgive them, for they know not what they do”.

We like Jesus may find ourselves alone, alone in the midnight hour; alone at our jobs because our co-workers may not understand who we are in Christ Jesus; alone when we worship and praise God openly or in the sanctuary; alone even around family and the people we call friends but keep this in mind, thank God almighty we are never alone when we have fellowship with Jesus.

Because I am fully persuaded that Jesus always knows my situation as Stephen testified that when he was being stoned in the Book of Acts7:54 But he, being full of the Holy Ghost, looked up stedfastly into heaven, and saw the glory of God, and Jesus standing on the right hand of God,56 And said, Behold, I see the heavens opened, and the Son of man standing on the right hand of God. Yes Jesus know as he knew what Saul had done in the 9th Chapter of Acts and he asked Saul as he journeyed, he came near Damascus: and suddenly there shined round about him a light from heaven:4 And he fell to the earth and heard a voice saying unto him, Saul, Saul, why persecutest thou me? Yes He knows all about us and we are never alone and I am His friend.

Jesus, I know you are the Son of the Living God and like your Father God who by Scriptures called Abraham “Friend”, You call me friend. 2 Chronicles 20:7, Isaiah 41:8, and James 2:23