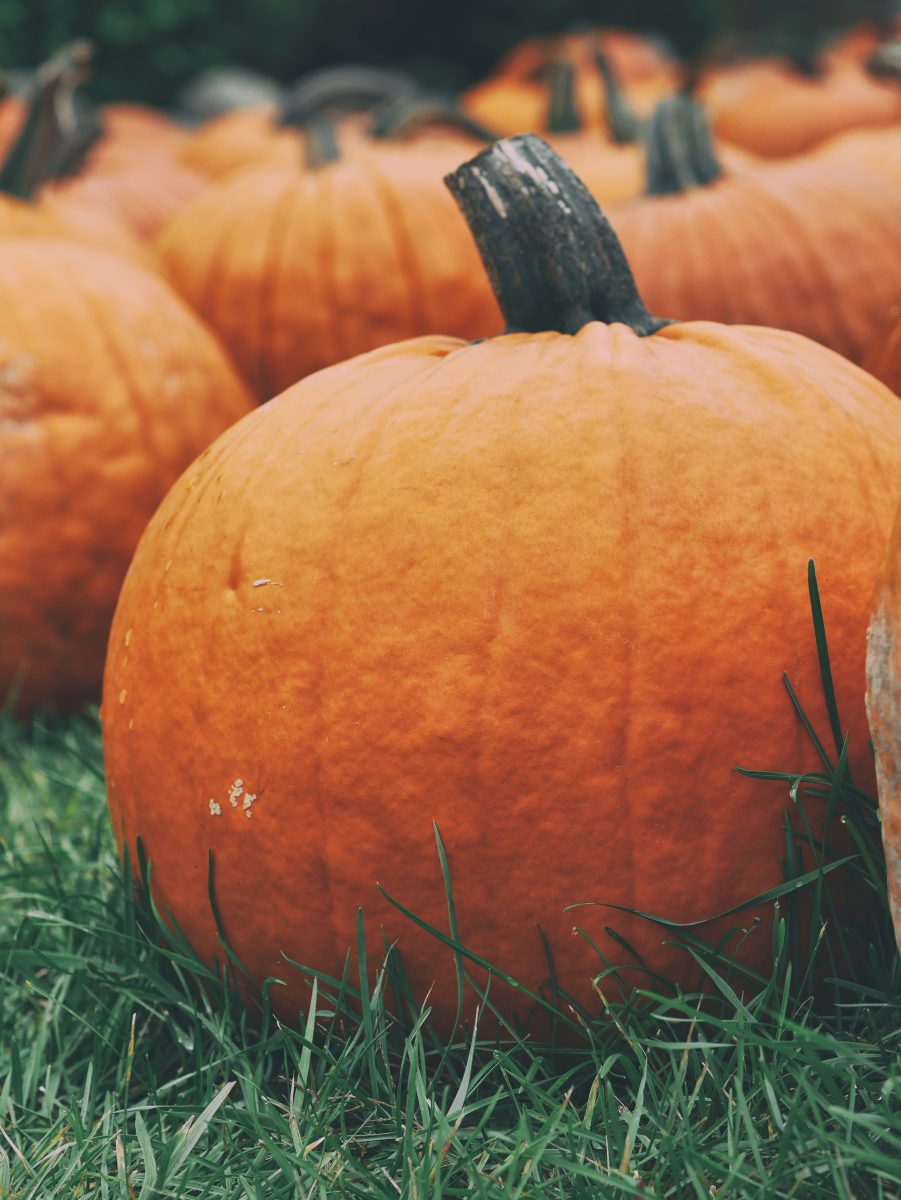 The month of October makes one think of leaves changing colors, cool nights, and Halloween. Nancy Bryd Turner, a poet and song writer, wrote a poem most of us who is over 50 would recite in school called Black and Gold.

Jet-black cats with golden eyes Shadows black as ink, Firelight blinking in the dark With a yellow blink

As a child we looked forward to Halloween, there was no holiday in the month of October where we could get out of school and we knew we could go Trick or Treating and who didn’t look forward to dressing up in costume and getting free candy. Retailers are already putting out merchandise such as decoration, candies, and costumes for this occasion. Evil/ horror movies are released in August, September, and especially coming up to Christmas.

I have to be honest, I didn’t know how this celebration started and it didn’t matter as a child. All that mattered was it was a fun day. Even now as an adult, I had to look it up.


Halloween according to Wikipedia was a celebration observed in several countries on 31 October, the eve of the Western Christian feast of All Hallows’ (Saints or Holy Person) Day. It begins the three-day observance of Allhallowtide,[9] the time in the liturgical (meaning public worship) year dedicated to remembering the dead, including saints (hallows), martyrs, and all the faithful departed. Some believe that Halloween began solely as a Christian holiday, separate from ancient festivals like Samhain- which is a Gaelic (relates to the Goidelic languages, particularly the Celtic language of Scotland) this was a festival marking the end of the harvest season and the beginning of winter or the “darker half” of the year. So you see how today’s culture or the enemy, has tried to hi-jacked a holiday observe for Christians, Why?

Let examine that question. First we have to know that God was and has always been in existence. The Scripture tells us in John Chapter 1, in the beginning was the Word and the Word was with God, and the Word is God. The same was in the beginning with God.  All things were made by him; and without him was not anything made that was made. So we see God created the angels. Now Satan who was called Lucifer was one of God’s angels.

Isaiah 14:12 says, “How you are fallen from heaven, O [a]Lucifer, son of the morning! How you are cut down to the ground, You who weakened the nations!

Ezekiel 28:16 says, “By the abundance of your trading You became filled with violence within, And you sinned; Therefore I cast you as a profane thing Out of the mountain of God; And I destroyed you, O covering cherub, From the midst of the fiery stones.” That is how sin came upon the earth.

Have you ever looked upon a person and knew something about that person just didn’t seem right? We were in a PNC back one day and the individual that was to assist us just didn’t look like anyone or anything that we had seen before. He had a voice that seems both male and female, his face and hands were like those of the fowl of the air. I felt in my inner man that he was definitely different, more creature than man. It was unbelievable.

While in the Army, I was stationed in Western Germany at that time. I worship at a Protestant Chapel on the Kaserne or Post. Afterward members of the choir and the congregation would go and worship with other services which were of a Pentecostal nature. One Sunday as we were having service, Satan manifested himself in the service. A woman’s body had a demonic spirit within. As the Word was being preached, the spirit could no longer contain itself. The demon spoke and said, “I am your god” and it became louder and louder. So the Minister of the Service told the congregation to fear not but read the Word of God as they ministered to the woman. As they anointed their hands and laid hand on the woman, praying and speaking to the spirit, with much resistance the spirit left that woman’s body and went and occupied another woman and that woman started to pull at her hair and scream out and finally the spirit was cast out of the service. Satan Exist.

Ineda tells me of any incident many years ago while she is traveling with our daughter. A car has crossed over into their lane and the car she is traveling in was about to be involved in a head on collision. As she sees this she calls on the name of Jesus and the car they are in is moved out of the danger and the vehicle behind her took the impact. Now you may wonder, how is that possible, Is there anything too hard for God. The Scripture tells us in 2 Kings 2:9 And it came to pass, when they were gone over, that Elijah said unto Elisha, Ask what I shall do for thee, before I be taken away from thee. And Elisha said, I pray thee, let a double portion of thy spirit be upon me. Verse 11 says. And it came to pass, as they still went on, and talked, that, behold, there appeared a chariot of fire, and horses of fire, and parted them both asunder; and Elijah went up by a whirlwind into heaven. God Exist.

In the Book of Acts Chapter 8, it tell of Philip traveling from Jerusalem when he meets an Ethiopian man in the desert who had come to Jerusalem to worship, he was sitting in his chariot reading the prophet Esaias, then Philip run up to him and ask if he understand what he was reading and he says, “how can I except some man guide me” He wanted Philip to come up and sit with him. The place of the scripture which he read was this, He was led as a sheep to the slaughter; and like a lamb dumb before his shearer, so opened he not his mouth:

33 In his humiliation his judgment was taken away: and who shall declare his generation? for his life is taken from the earth.

34 And the eunuch answered Philip, and said, I pray thee, of whom speaketh the prophet this? of himself, or of some other man?

35 Then Philip opened his mouth, and began at the same scripture, and preached unto him Jesus.

36 And as they went on their way, they came unto a certain water: and the eunuch said, See, here is water; what doth hinder me to be baptized?

37 And Philip said, If thou believest with all thine heart, thou mayest. And he answered and said, I believe that Jesus Christ is the Son of God.

38 And he commanded the chariot to stand still: and they went down both into the water, both Philip and the eunuch; and he baptized him.

39 And when they were come up out of the water, the Spirit of the Lord caught away Philip, that the eunuch saw him no more: and he went on his way rejoicing.

40 But Philip was found at Azotus. So again is there anything too hard for God. God Exist.

Now back to Halloween, you see how the enemy will try to get glory from God. As in time before, he wants to be higher than God. When Jesus was led into the wilderness by the Spirit, get this, he was tempted of devil for 40 days. The Scripture says when the days were ended that Jesus was hungry for he ate nothing. And the devil said unto him, If thou be the Son of God, command this stone that it be made bread.

4 And Jesus answered him, saying, It is written, That man shall not live by bread alone, but by every word of God.

5 And the devil, taking him up into an high mountain, shewed unto him all the kingdoms of the world in a moment of time.

6 And the devil said unto him, All this power will I give thee, and the glory of them: for that is delivered unto me; and to whomsoever I will I give it.

7 If thou therefore wilt worship me, all shall be thine.

8 And Jesus answered and said unto him, Get thee behind me, Satan: for it is written, Thou shalt worship the Lord thy God, and him only shalt thou serve.

9 And he brought him to Jerusalem, and set him on a pinnacle of the temple, and said unto him, If thou be the Son of God, cast thyself down from hence:

10 For it is written, He shall give his angels charge over thee, to keep thee:

11 And in their hands they shall bear thee up, lest at any time thou dash thy foot against a stone.

12 And Jesus answering said unto him, It is said, Thou shalt not tempt the Lord thy God.

13 And when the devil had ended all the temptation, he departed from him for a season. Season means for a while but not finished.


So you see even here, the devil tried to get God’s only begotten son to yield to temptation that he would be higher than Christ. For Jesus was God in the flesh. So if Jesus is God in the flesh and we being the body of Christ in the Spirit, do you not know that we as the body of Christ have dominion over the devil. We have been given the authority over satan and his demon. As Jesus spoke to Satan and told him to get behind him, we too as believers can speak in Jesus name and he has to obey. Also when he tries to tempt us, we shall resist him and he will flee.

So when October 31st comes, remember it is not the devil’s day, it is another day that God has made and when God created the day, He said it is Good. The devil cannot create anything, only try to destroy what God has made. God created you and the devil come to kill, steal, and destroy and he can’t even do that unless you give him the power to do it.

Take back the day which God has given you. Let no person say this is the devil’s day. This is your day, God created it for you.

Father God thank you for the insight you have placed in our spirit. Let us glorify you and not let the enemy rob us of what you have given us. We are your sheep and you are our Shepherd and no one or nothing can take us or anything that you have created out of your hand. Father God I pray that let nothing separate me from your love and presence. If there be anything that is not of you in my life or anyone who being a believer in you, we command it to be moved in the Precious name of Jesus and it is so. We believe by faith that whatsoever a thing that we shall ask, then that which we ask will be done, not to glorify ourselves but to Glorify the one that you sent, who came to Glorify You Father God.

God Bless you and keep you, remembering always Beloved, I wish above all things that thou mayest prosper and be in health, even as thy soul prospereth.