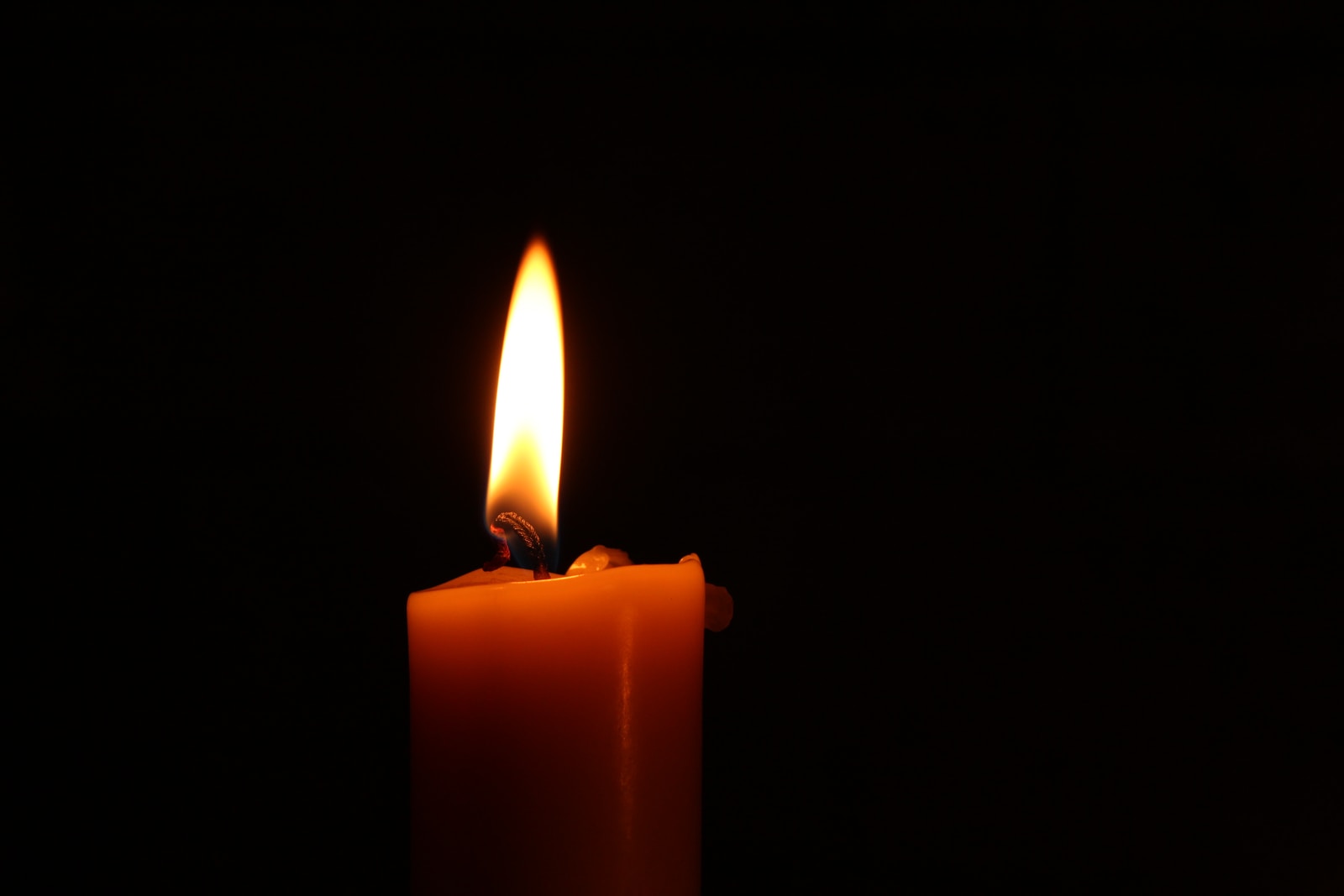 Total Views: 9
Prayer: Heavenly Father I come today with thanksgiving in my heart and upon my lips. I worship you with the breath that you have given me. I give you praise and honor for who you are in my life and to the body of Christ. I thank you for raining your love upon the just as well the unjust still being a beneficiary of your Grace and Mercy. Let those that have eyes to see and ears hear what the Spirit of the Lord is saying. Let the Holy Ghost speak through me to bring a word, Your Word to those who are willing to receive it. Let not the enemy rob them of the seed which is the Word of God. We shall forever give you all the Glory, Honor, and Praise, In Jesus Name Amen.

In the Scriptures found in the Book of Genesis, He tells us that In the beginning, God created heaven and the earth. 2 And the earth was without form, and void; and darkness was upon the face of the deep. And the Spirit of God moved upon the face of the waters. 3 And God said, Let there be light: and there was light. 4 And God saw the light, that it was good: and God divided the light from the darkness. 5 And God called the light Day, and the darkness he called Night. And the evening and the morning were the first day. In 1962 Wilson Pickett sang a song, “I’m Gonna Wait Til the Midnight Hour”. And in 1998 Lee William and the Spiritual QC’s recorded “The Midnight Hour”. One tells of fleshly deeds and the other, a move of God. I will be speaking more on the Move of God.

Just like in the beginning, God brought light to a dark world. But the counterfeiter, which is the enemy, always tries to take what God has created and make it bad. He had done it from the very beginning. First, he turns the heart of man from light to dark, first with Eve, then Cain, but he didn’t stop there. Throughout the Scriptures, we see his works in action. Pharaoh had God’s people in bondage for 400 years, somewhere there seems to be a parallel to another time like the people brought from Africa and enslaved over 400 years ago, I digress. God gave man light, light being Spiritual life, grace, mercy, promise, and blessings. The enemy tricked man into the darkness with lying, jealousy, murdering, homosexuality, idolatry, covetousness, and all kind of ungodly manner.

The Scripture says man loves the darkness more than light, John 3:19 And this is the condemnation, that light is come into the world, and men loved darkness rather than light, because their deeds were evil. Let’s rejoice that even in the Darkness, my God brings light, even in the midnight hour. I am reflecting on when God told Moses to tell Pharaoh to let His people go. But Pharaoh’s Heart was hardened and he refused. Exodus 12:12-14 says For I will pass through the land of Egypt this night, and will smite all the firstborn in the land of Egypt, both man and beast; and against all the gods of Egypt I will execute judgment: I am the Lord.

13 And the blood shall be to you for a token upon the houses where ye are: and when I see the blood, I will pass over you, and the plague shall not be upon you to destroy you, when I smite the land of Egypt.

In this pandemic, you better be covered by the Blood of Jesus that this plague will pass over you as it did then and as it can do now and forever.

Think about this, the Georgia Republicans got behind closed doors in a room with a picture in the background of a slave plantation to pass laws to make it difficult for people to use their voices at the ballot box to effect change. What was mean-spirited about it, it was done on the Friday before Palm Sunday and to make matter worse, arrest a member of their legislature with a felony charge-No Fault Luke 23:4 Then said Pilate to the chief priests and to the people, I find no fault in this man.

The Book of 1 King 3:20, It tells about the judgement of King Solomon regarding the dispute between two mothers. She arose at midnight, and took my son from beside me, while thine handmaid slept, and laid it in her bosom, and laid her dead child in my bosom. But King Solomon with the wisdom of God in him gave the proper judgement and gave the baby to its rightful mother. Out of Darkness Comes Light

In the Book of Acts 16:14-29 Paul had baptized a certain woman name Lydia and her household and when they went to pray a certain damsel possessed with a divination met them which brought her master much gain by soothsaying (a fortune teller) The same followed Paul and us, and cried, saying, These men are the servants of the most high God, which shew unto us the way of salvation.

18 And this did she many days. But Paul, being grieved, turned and said to the spirit, I command thee in the name of Jesus Christ to come out of her. And he came out the same hour. 19 And when her masters saw that the hope of their gains was gone, they caught Paul and Silas, and drew them into the marketplace unto the rulers, 20 And brought them to the magistrates, saying, These men, being Jews, do exceedingly trouble our city, 21 And teach customs, which are not lawful for us to receive, neither to observe, being Romans. 22 And the multitude rose up together against them: and the magistrates rent off their clothes, and commanded to beat them. 23 And when they had laid many stripes upon them, they cast them into prison, charging the jailor to keep them safely: 24 Who, having received such a charge, thrust them into the inner prison, and made their feet fast in the stocks. 25 And at midnight Paul and Silas prayed, and sang praises unto God: and the prisoners heard them. 26 And suddenly there was a great earthquake so that the foundations of the prison were shaken: and immediately all the doors were opened, and everyone’s bands were loosed. 27 And the keeper of the prison awaking out of his sleep, and seeing the prison doors open, he drew out his sword and would have killed himself, supposing that the prisoners had been fled. 28 But Paul cried with a loud voice, saying, Do thyself no harm: for we are all here. 29 Then he called for a light, and sprang in, and came trembling, and fell down before Paul and Silas, Out of Darkness Comes Light

So no matter what your midnight might look like, it is the beginning of a new day. You are given a new day, a new chance to receive your promise, your blessing. Psalm 119:62 says, At midnight I will rise to give thanks unto thee because of thy righteous judgments. Out of Darkness Comes Light

Now in the Book of Acts Chapter 9, the Scripture doesn’t tell if it was day or night when Saul was on the road to Damascus, one thing we do know Saul was in a dark place whether the time of the day or in his heart. The Scripture does say, And as he journeyed, he came near Damascus: and suddenly there shined round about him a light from heaven: and it does say, And Saul arose from the earth; and when his eyes were opened, he saw no man: but they led him by the hand, and brought him into Damascus. He was in the physical dark for three days. In verse 17 And Ananias went his way, and entered into the house; and putting his hands on him said, Brother Saul, the Lord, even Jesus, that appeared unto thee in the way as thou camest, hath sent me, that thou mightest receive thy sight, and be filled with the Holy Ghost. 18 And immediately there fell from his eyes as it had been scales: and he received sight forthwith, and arose, and was baptized. Out of Darkness Comes Light

Don’t be like the five foolish virgins in Matthew 25:6-126 And at midnight there was a cry made, Behold, the bridegroom cometh; go ye out to meet him.

7 Then all those virgins arose, and trimmed their lamps. 8 And the foolish said unto the wise, Give us of your oil; for our lamps are gone out. 9 But the wise answered, saying, Not so; lest there be not enough for us and you: but go ye rather to them that sell, and buy for yourselves. 10 And while they went to buy, the bridegroom came; and they that were ready went in with him to the marriage: and the door was shut. 11 Afterward came also the other virgins, saying, Lord, Lord, open to us. 12 But he answered and said, Verily I say unto you, I know you not. Out of Darkness Comes Light

Jesus was the light that was in a dark world, even the darkness of the grave and hell could not append the light. For He rose with all power in His hand and not only that He gave us as followers the same power (light) as He had, that we will be a light in this dark place. John 1:5 declares  And the light shineth in darkness; and the darkness comprehended it not. Matthew 5:14-16 Ye are the light of the world. A city that is set on an hill cannot be hid. 15 Neither do men light a candle, and put it under a bushel, but on a candlestick; and it giveth light unto all that are in the house. 16 Let your light so shine before men, that they may see your good works, and glorify your Father which is in heaven.

Jesus thank you for your Glorious Light, we once walked in darkness but you have brought us into your marvelous light. Let us walk worthy in it that men will see not us but you that you may be glorified and thereby glorifying the Father which is in heaven, In Jesus Matchless Name Amen

We do not own the right to this music: